Cards are in the air for today’s Day 1A. Players will start with between 20,000 – 32,000 depending where they finished in their region. Players will break for lunch around 1pm and we will play down 16 players. Those sixteen players will earn a seat into Monday’s Day 2. Please check back here all day […]

Robert Miller, from the North Shore region, wins Event #1 and a seat into the $50,000 Finals for Monday via a 4-way chop. Play was tight all round during this Final Table. No one wanted to give up chips knowing that a seat into the Finals was at hand. As it was getting late (or […] 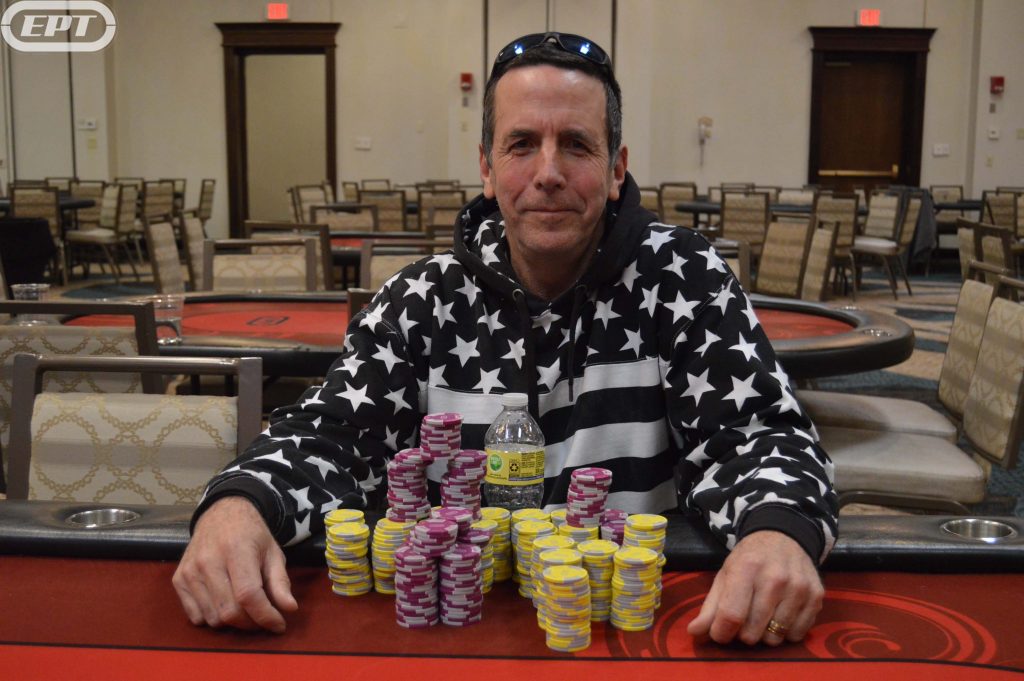 Tonight starts all the fun. Players in this event are battling out for a piece of the $10K Guarantee event. The winner gets a seat into Day 2 on Monday for the $50,000 Finals

Apr 08 by Chris Sevick | No Comments on Welcome To The Eastern Poker Tour $50,000 Season Finals Weekend

“Final”ly. We have waited two years for this weekend to happen. The Eastern Poker Tour welcomes everyone to the Double Tree Hilton here in Milford, Mass. for the Eastern Poker Tour’s $50,000 Season Finals. This years finals will be a bit different than others. This year those who earned a “Wild Card” seat via either […] 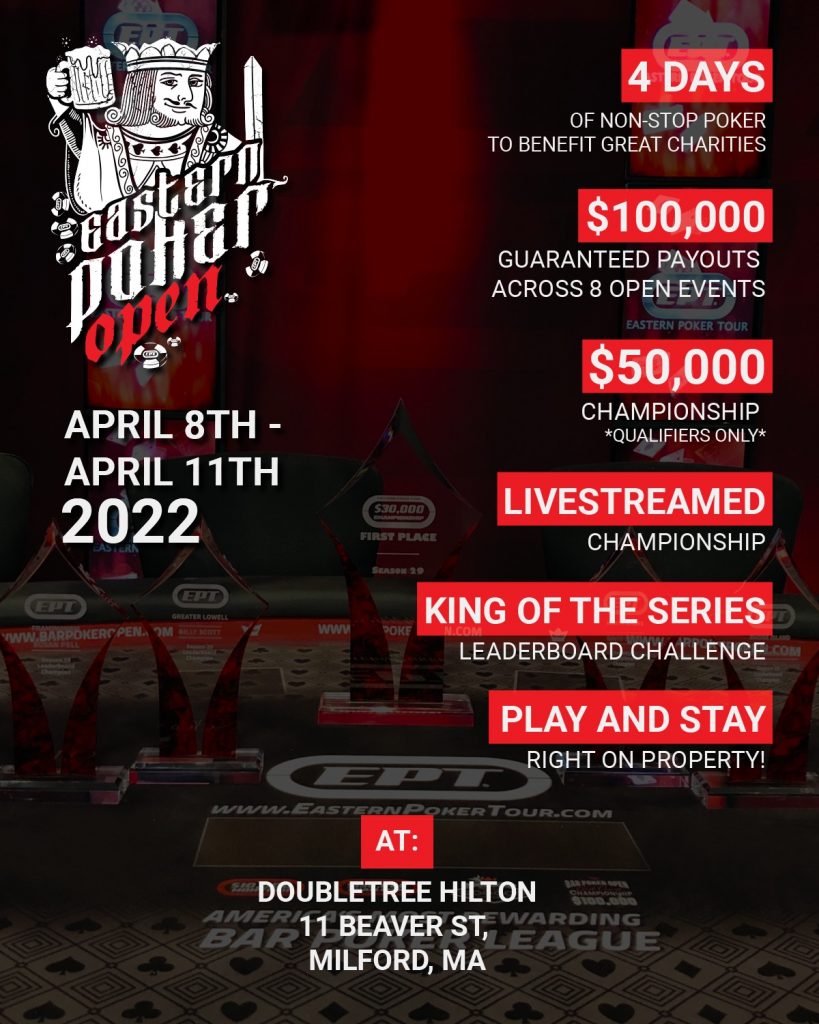 Feb 12 by Chris Sevick | No Comments on Have You Qualified Yet? There Is Still Time…

Have You Qualified Yet? There Is Still Time…

In case you don’t have Facebook, the Eastern Poker Tour has announced dates for the upcoming $50,000 Finals coming in April. Just a reminder, if you made the “Top 8” from a Monthly in either Season 30 or 31, you already have a seat into Day 2 (Monday April 11th). 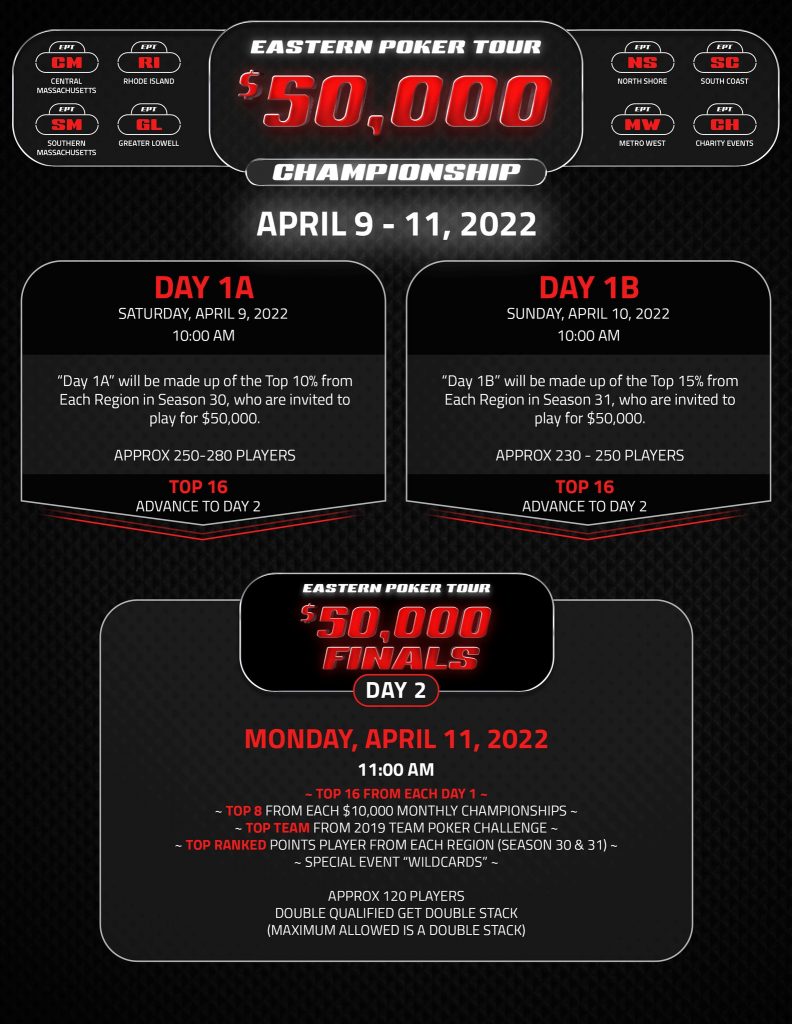